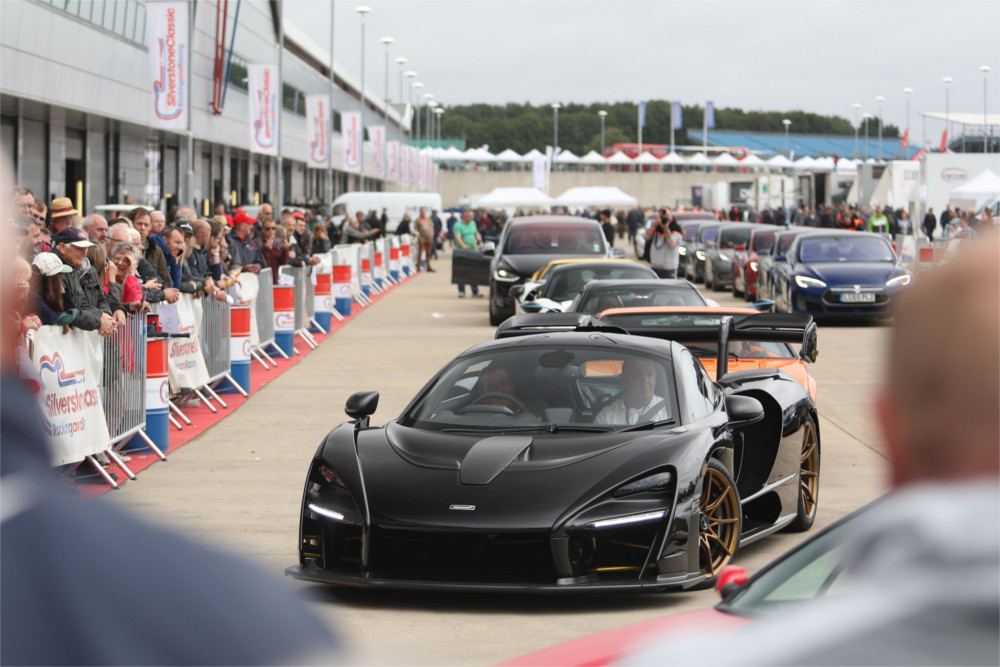 The Silverstone Classic is one of the UKs premier historic motorsport meetings and held towards the end of July each year.

This year’s event Motorvation PR was asked to assist in curating the Supercar Legend display sponsored by Yokohama. The display was to include twenty of the most exciting past and present supercars.

Each day the cars took to the famous Silverstone Circuit for a parade behind the safety car.

Some of the cars we sourced and provide included a privately owned Aston Martin One-77 which was driven by Marek Reichman the design director for Aston Martin, the Jaguar XJR-15 of which just 53 cars were produced and this one was R9R, the prototype, the Jaguar CX-75 stunt car from the James Bond film Spectre, a Mclaren Senna, Ferrari F50, Porsche Carrera GT,